How to understand and read histograms on your digital camera

A histogram is a bar chart that shows you whether a photographs exposure is good or bad. You can view the histogram on your camera’s LCD screen after you have taken the shot. A histogram looks similar to the image shown below.

If you see high peaks on the right side of the histogram, this indicates the photograph may be too bright or overexposed. On the other hand, if there are high peaks on the left side of the histogram, the image is most likely too dark and underexposed. If the peaks are centered like in the example above, the photo is said to be well balanced and exposed. That is, not too dark or too light.

Reasons why photographers should view the photo’s histogram

Where to find the histogram graph on your digital SLR camera?

For Nikon D40 users, view an image in your LCD screen, then press the up and down buttons near the ‘Ok’ to scroll to the histogram.

All other users, check your camera manual.

As you can see by the image below, it was underexposed (too dark). There is very little detail seen in the tree’s, footpath and two people on the left. 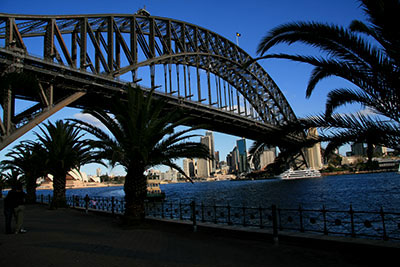 Shown below, is the histogram for the underexposed image. As you can see by this example, the high peaks are on the left hand side of the graph.

In contrast, the photograph below is overexposed (too light). 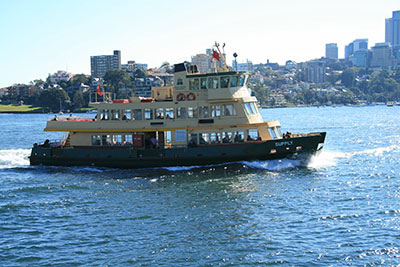 Shown below, is the histogram for the overexposed image. Notice this time, the high peaks are on the right hand side of the graph.

What you should be aiming for, is a histogram that displays the majority of peaks within the center of the graph.

Exceptions to the rule

There are times when it’s perfectly acceptable for the graph to display high peaks at either end of the histogram.

Photography Assignment – Grab your DSLR camera and give this a try

It’s important to understand histograms and how different sceneries can effect how the graph looks. Once you understand this information, you’ll instantly be able to recognize if a photograph is under or over exposed when viewing it in your tiny LCD screen.

To follow this assignment, you need to know how to display a photographs histogram within your camera’s LCD screen. I’ve listed instructions for Canon 400D and Nikon D40 users in the article shown above, under the heading ‘Where to find the histogram graph on your camera‘. For all other models and brands, check your camera’s manual.

Assignment: A lesson in reading histograms.

This exercise was important to help demonstrate other reasons why you could see high peaks on either end of your histogram graph. They may not always mean your image was exposed incorrectly.

Therefore, when you view your histogram, it’s also vital that you analyze any other reasons why you may see uneven peaks. After all, you don’t want to delete a perfectly good photo!