How to use your wide angle camera lens to create a big head that is disproportioned to the body.

Wide angle camera lenses can be fantastic for creating fun shots where people or animals appear as though they have larger heads than they actually have. Or in other words, you can use a wide angle lens to make a quirky or creative shot that seems disproportioned like a bobblehead doll.

Take the two examples below for instance. The first is a portrait photograph of my teenage son Shannon, while the other is a neighbors pet horse. In both photographs, you’ll notice the heads appear to be bigger than normal, while their bodies seem smaller.

The digital SLR camera lens in both instances was set to 17mm length. If you have a DSLR lens that can go a few higher or lower than 17mm than that will also be fine. Once you have the lens set, it’s simply a matter of standing directly above or below the subject you’re photographing. Either way will work in similar ways, as the examples below demonstrate. 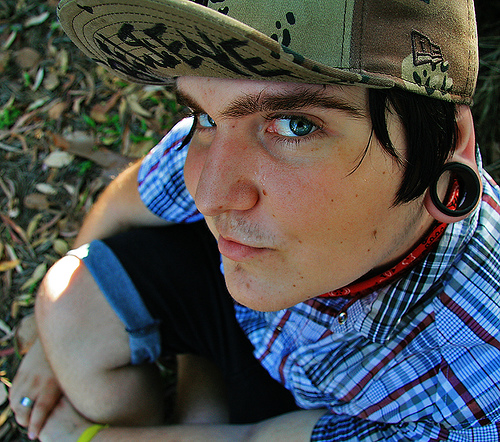 Tip for creating this shot

The main part of this portraiture is the teenagers face. Using the wide angle lens to make the head appear disproportionally larger, not only focuses more attention to this specific area, but it also creates a fun and quirky feel to the photograph which brings out the comedian in his character.

To create this type of shot I had Shannon sit on the ground looking upwards at me, while I stood directly over him and shot from above. Setting the digital SLR camera lens on a wide angle 17mm length, created a photograph that looks similar to a bobblehead. 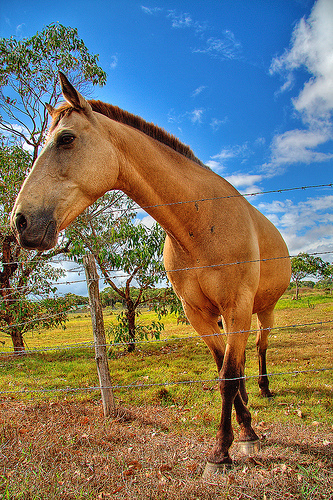 Tip for creating this shot

For this shot I wanted to create a different approach to the normal photograph of a beautiful horse. Therefore, I decided to use the camera’s wide angle lens to my advantage for accentuating the long neck and big head of this animal.

Once again, I set the DSLR camera lens to 17mm (wide), yet this time instead of standing over the top of the animal (which would have been impossible), I sat on the ground and shot upwards. Similarly to the first example, the neck and head look disproportioned to size of the body, making a creative end result.